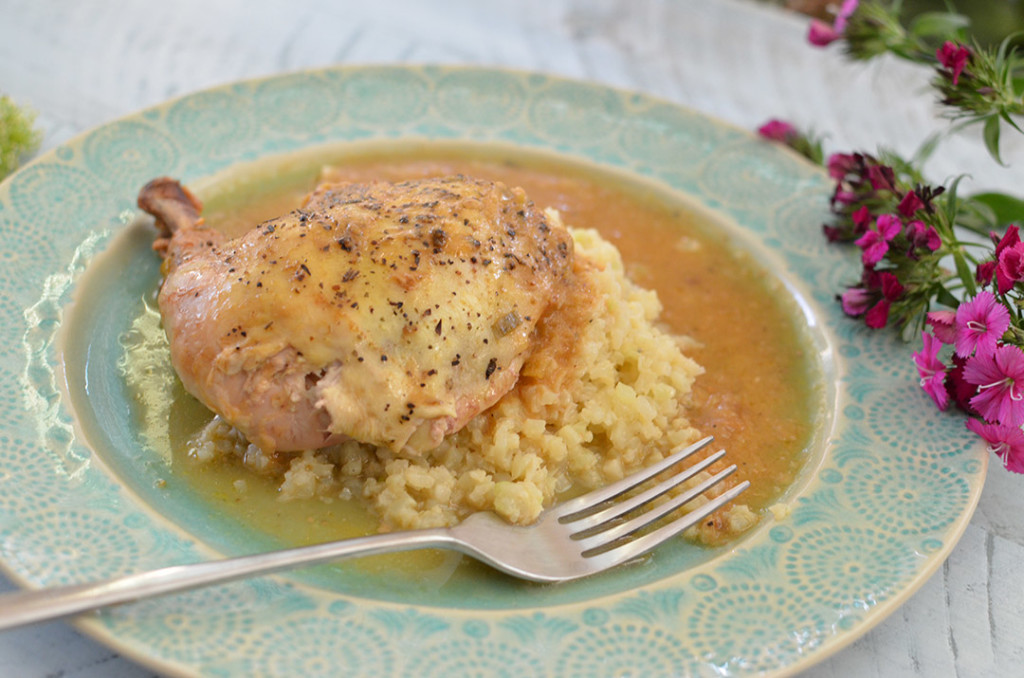 Little Miss was throwing tantrum after tantrum, I was trying to do my usual, plus fix all the settings on my new phone (((yes, my phone is up and running!))). So I was SO thankful that I was able to do a crockpot meal today.

Now I’m finally sitting back and relaxing, wanting to watch Chef’s Table on Netflix. Odd I know, but I just watched the trailer a few minutes ago, and it happened to be the most dramatic cooking show trailer I’ve ever seen. Put to Beethoven’s Funeral March. Which makes it 100x more dramatic. Obviously.

Let’s just start by saying what a FANTASTIC idea it is to make gravy from leeks, garlic, and drippings. It was super yum and it didn’t have any thickeners or flours in it. Makes it easy!

Once 6 hours had past, the chicken was removed, and I used a immersion blender to make the gravy from the remaining goods in the crockpot.

I liked it. It was easy, tasty, and easy to clean.

Today was also day 3 of Whole30! I love finding great tasting food that is compliant. Now if I could just have leftovers from my dinners to eat for lunch…

What are your favorite crockpot meals?