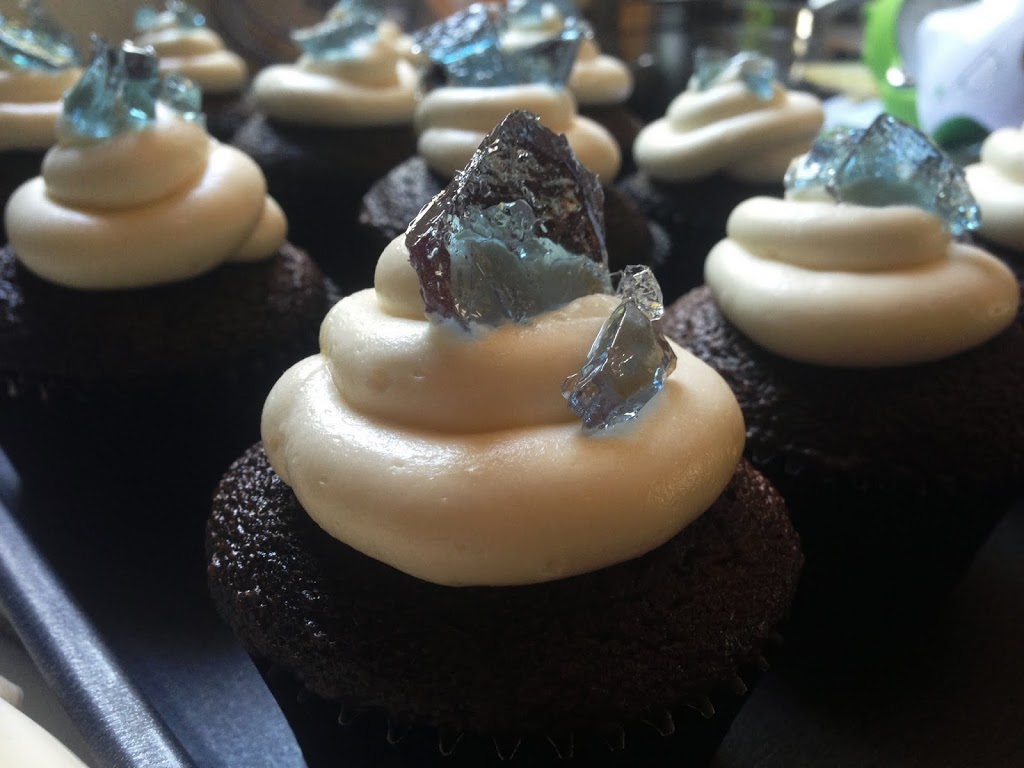 We’re not TV goers, and only use Netflix and Amazon Prime, so we usually are behind in the times. When everyone seemed to be appalled that we’ve not seen the show, we decided to give it a go. First we watched the episode 1 and weren’t that impressed. We put Breaking Bad aside, and moved on with our lives.
We gave it another go after my Aunt Sheila convinced us. I figured we’d have to watch it all at once if we were going to give it it’s best shot. This meant it was time to call our friends. I contacted a few of them who were like us. They had not seen the series. It was settled. We’d watch all of Season One in one setting and I would make some themed cupcakes.
The show was entertaining and we decided to continue on with our marathons until we’ve finished all that was on Netflix. That was a couple Saturdays ago. Now all we have left is to wait for Season Five….
I used regular Duncan Hines for the cupcakes and followed the recipe on the box. Frosting was a simple cream cheese frosting. And for the blue “meth” candy…
I used SugarHero’s recipe to a tee (except the flavoring). Please check out her tutorial, she did a fantastic job detailing (with pictures) the process.
Her recipe calls for:
Print 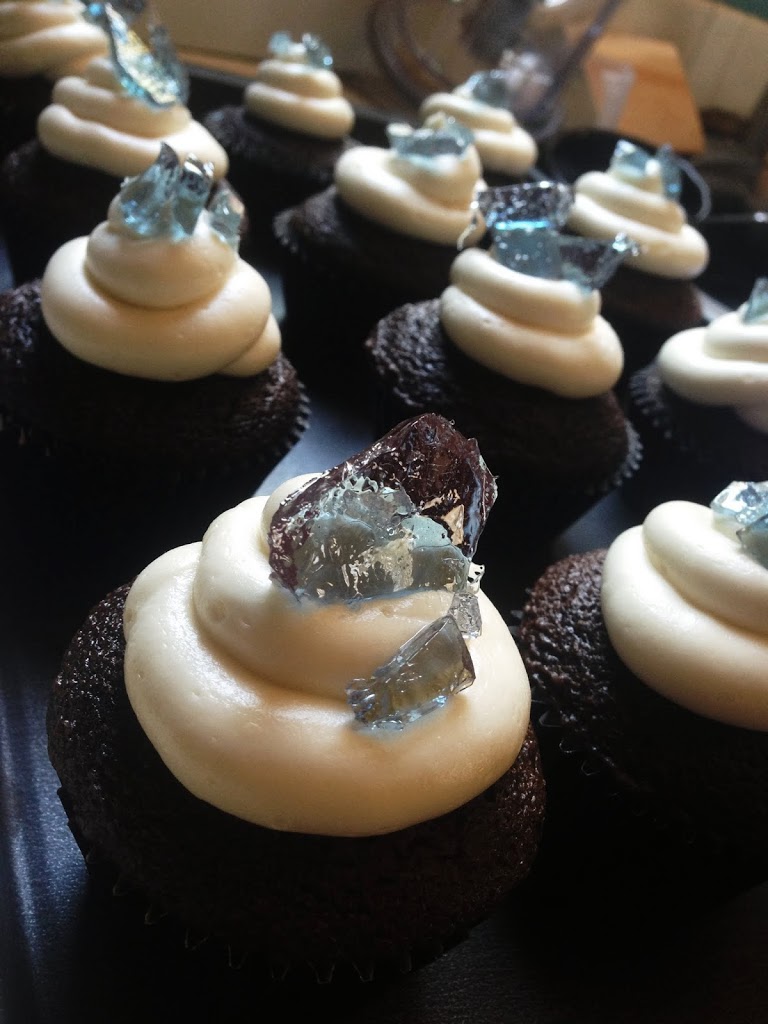